How AI and Machine Learning Can Improve Robotics

Artificial intelligence (AI) and machine learning — which is a subset of AI — are opening new opportunities in virtually all industries, plus making frequently used equipment more capable.

Not surprisingly, then, AI and machine learning are often applied to robots to improve them. Here are some examples of why an AI robot could be superior to those without the technology. 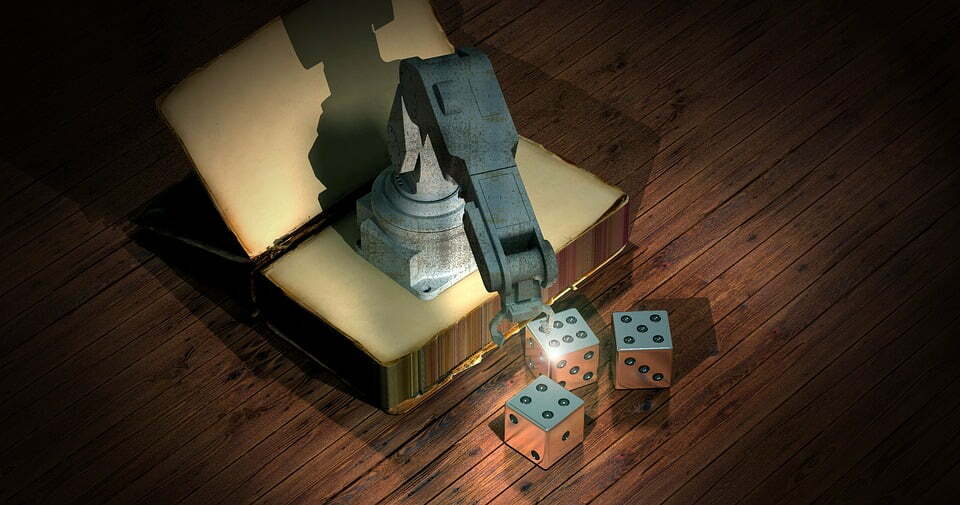 Robots deployed in the industrial sector can help companies get more things done with fewer errors. Of course, safety is key when adding robots in the workplace which is why some AI robotics companies are developing offerings where robots can understand what’s in their environment and react accordingly.

Veo Robotics has an industrial robotics system that combines computer vision, AI and sensors. This setup allows the machines to work at full speed unless humans get too close.

As such, robots are no longer confined behind cages, but human safety is still a priority. Veo Robotics’ technology enables a robot to dynamically assess how far it must remain from a person to avoid hitting it.

There are also autonomous mobile robots (AMR) equipped with AI technology to help the machines learn the layout of a warehouse and steer safely around warehouse obstacles in real time. Those vehicles transport parts and finished products, saving humans from a task that may otherwise cause them to take thousands of steps per day.

Machine Learning Allows Robots to Learn From Mistakes and Adapt

People get smarter through experience. Through technology such as machine learning, robotics applications may have the same ability. When that happens, they might not need continual time-intensive training from humans. Instead, learning would happen through ongoing use.

An example of how you would train a robot via machine learning can be found from the Shadow Robot Company and our work with OpenAI, founded by business tycoons, Elon Musk and Sam Altman. When OpenAI researchers took our hardware, they explored machine learning by creating a robotic system called DACTYL in which a virtual robotic hand learns through trial and error. These human-like strategies were then transferred to the Shadow Dexterous Hand in the natural world enabling it to grasp and manipulate objects efficiently. This shows the feasibility and success of training agents in simulation, without modelling exact conditions so that the robot can gather knowledge through reinforcement and make better decisions intuitively.


Researchers at the University of Leeds are working on a robot that uses AI to learn from mistakes too and evaluates its data gathered over time to make better decisions.

The process involves training the bot with approximately 10,000 trial and error attempts, letting it discover which methods are most likely to succeed.

Similarly, Australian researchers depended on machine learning to teach humanoid robots to react to unexpected changes in their environment. Simulations indicated that the machine learning algorithm allowed the biped robot to remain stable on a moving platform.

Due to machine learning applications like these, the robots of the near future may be more adaptable. If so, they’ll be more valuable to companies that want robots for tasks or environments with high levels of variability.

Manufacturers are figuring out how to rely on AI to improve their workflows. There’s no single way to use AI to help, however. For example, some companies depend on AI to assist with creating components that eventually end up in robots, such as printed circuit boards (PCB). The process of creating a multilayered PCB is exceptionally complex, with each hole in the component requiring a 20-25 micron layer of conductive electro-deposited copper on its walls.

As early as the 1990s, products used neural networks to design PCBs. Applying AI during PCB design or manufacturing could bring new robots to the market faster, even if the finished products don’t always use artificial intelligence to work.

Some AI robotics companies are also speeding up manufacturing by shortening the time required for robots to learn their tasks. FANUC recently announced a faster way for users to train industrial robots, such as those that pick products from bins. It uses AI to substantially simplify the process of getting robots ready for the warehouse floor. The people involved in the training only need to click images on a screen to teach the bot what to pick up and what to ignore.

Then, what if machine learning applications helped an AI robot know when something was wrong with it? Unplanned downtime can be costly and inconvenient for companies, disrupting workflows and restricting profitability. OMRON debuted a self-diagnosing robot that can tell when it needs repairs or routine maintenance. That machine could help manufacturing become more efficient, too, by staving off disruptions caused by failing equipment.

Progress in AI and machine learning robotics is happening quickly. This overview is only a sample of how the two technologies could benefit the robots of the future.

People who specialize in robotics, engineering or related fields should stay abreast of developments like these and strive to understand how such advancements could affect their work soon or over the long-term.

Kayla Matthews writes about the Internet of Things, robotics and automation for publications like Robotics Business Review, InformationWeek, IoT For All and Robotiq. To read more from Kayla, follow her blog, Productivity Bytes.