How Much does a Robot Hand Cost?

Spending your hard-earned budget on a robot is a step you don’t want to take lightly, Any worthwhile robot is likely to represent a significant piece of capital equipment.

So, let’s take a look at some hardware and what you might expect to pay for .

There are lots of robot arms on the market, and you’re probably familiar with a few of them. Your modern cobot ranges in cost from €25k to €200k – and that is for something with 6 or 7 degrees of freedom (DoF). So you might say “€4k-€14k per DoF” and use that as a “rule of thumb” to price off-the-shelf commercial robots.

There are plenty of people with very low cost robot hands and arms out there – if you’re a hobbyist or you love to prototype, then that’s where you should go! A quick look online finds 3d printed structures for a few tens or hundreds of Euro to print, although you still have to supply valves and compressors and electronics and maybe sensing. A fun project for a hardware developer! Then there are some cool hobbyist complete systems – I can find a 6DoF robot arm on Amazon for €120 today, which would be great for teaching beginners the fundamentals of robot operation.

But if you’re planning to do work with the robot, then you want a complete system. And you want something that will lift a few kilos, has the sensors and motors to move with precision and speed across a decent set of kinematics, has safety circuits and controls built in, and supports the “mechanical engineering” interfaces allowing you to build it into your lab properly. Suddenly  you’re back to “it’s going to be a 5 figure sum”. And there’s good reasons for that – you’re getting something with mechanical strength, highly engineered sensors, motors and gearboxes, and sophisticated control systems to make it work. 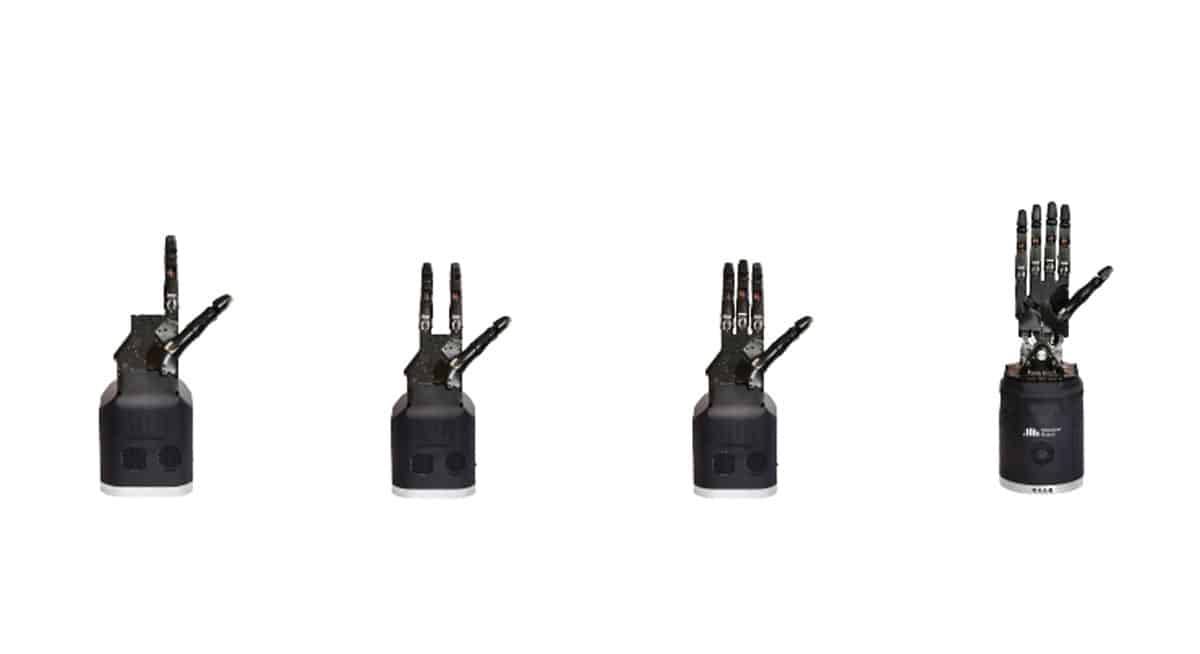 And then you’re going to want documentation, software interfaces, and support when it doesn’t do what you want.

Don’t get me wrong – that isn’t because you bought something that wasn’t up to the job. Most support tickets in robotics come with one of two sentences at the start: “I was doing … and it broke” or “How can I get it to do …”. And we’ve seen enough robot arms slam things into tables to know that breaking things is part of the game here – honestly, if you’re not breaking the odd robot you’re probably not doing research at the frontiers!

So that’s a real, commercial robot arm. Assume €5k per DoF for a generic cobot, and maybe €8-10k if you’re getting something really amazing. Even the dinky 6DoF arm we use in one of our production processes was €17k for 6DoF (to be fair to it, the precision is really impressive, but it’s still shoebox-size).

But Shadow aren’t in the robot arm business. We make what the marketing people politely call “end of arm tooling”. This space ranges from welding guns to lasers, from two jaw grippers to vacuum suckers, and right the way over there —> robot hands. And according to the good people at the International Federation of Robotics, adding EoAT and the other parts needed to make it work can triple the price of a robot arm!

A simple gripper that opens and closes without any fine movement control, without force sensing and without position sensing might well be included in the price of the cobot. Lots of companies do that and it works well for their customers. But we’re here for data. We want precise control. We want to be able to move each fingertip independently and position it accurately in space with respect to the other fingertips.

In short, we want a robot hand where each finger behaves like a small robot arm – and we want all that complexity and performance in something 10x smaller! What would that cost? Well, €5k per DoF gets us to €100k for 20DoF … and the price for the full Shadow Hand Plus today is … €110k including shipping, installation, training and support!

Of course, we can make simpler Hands with fewer degrees of freedom – and fewer fingers  – and these go right down to a 2-finger 7DoF system which is more like €45k including shipping, installation, training and support. You can see the full range here, and if you want to talk to us about getting one, then fill out the form or email us