Our Roadmap to Useful Robotics

To deliver the best hands in the world, we’ve collaborated with the best researchers — but what does it take to reach out of a research oriented market? To solve real world problems using robots? We’re convinced that tailoring a custom solution for each problem is not the way forward. We want the people facing those problems to be able to use our solutions themselves. And we have a roadmap to get there.

A bit of history

Developing the most dexterous hand in the world 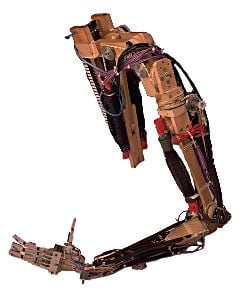 It’s been a long journey for the dexterous hand, from humble beginnings as a wooden prototype back in 1987, to our current, award-winning, robot.

Our state of the art dexterous hand now has 24 DOF — with 20 independent movements. The first motor actuated version of the hand was developed in 2000. It also streams the data from hundreds of sensors to the control pc at 1kHz, thanks to a switch from CAN to etherCAT in 2011 — developed during theHANDLE project.

The Shadow Dexterous Hand has also seen lots of evolution on the tactile side: simple pressure sensors, Biotacs, Optoforce, ATI Nanos… Integrating with a wide range of tactiles makes it possible to cover all our customers needs, from the most basic to the most demanding. 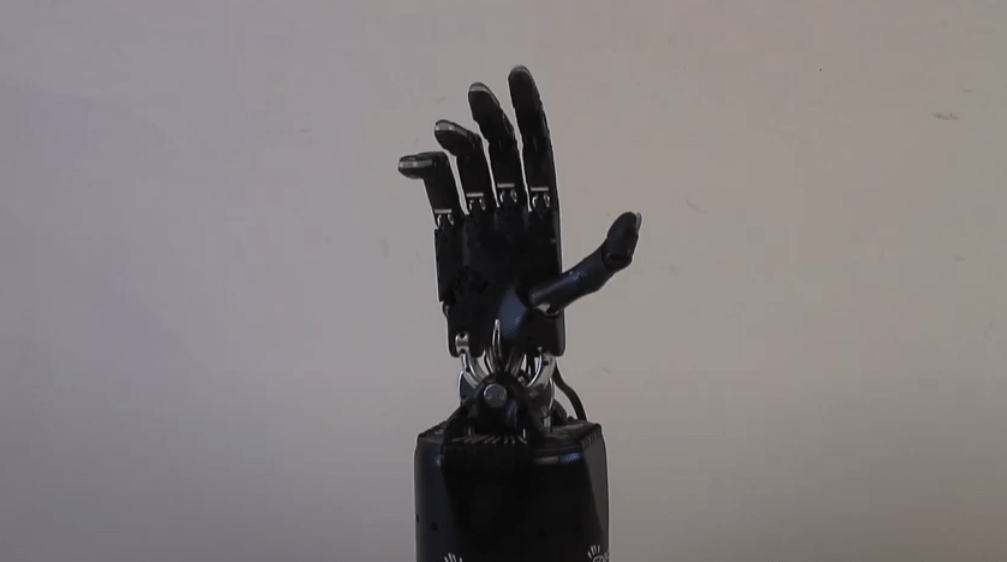 So what can you do with the Hand? Perhaps the most logical answer is “What can’t you do with your hands?” Which is kind of true theoretically speaking, but it’s not so simple to make it do that.

In order to get our flagship product where it is, we collaborated with researchers throughout the world. A number of European and UK funded research projects shaped our Hand and its ecosystem.

Shadow’s culture has always been very open. We consider that to build the best robots, we need to share as much as possible with a wide community. On top of that, we’ve always aimed for our customers and partners to be able to work on any part of the system of interest to them — from firmware to high level control. While this drove technology forward, it also means having a complex interface and documentation.

Now reaching towards a broader market

All those years of pushing our hand forward culminated in winning the best of the best of CES Asia in 2016, through the Moley Robotics project.

This highlighted some short comings in using our products in a “real world” case:

Our roadmap to making a great product useful

A powerful yet simple GUI

To remove the complexity out of setting up a new robot behaviour, we need to focus on a simple GUI that makes it possible to represent potentially complex behaviours in an intuitive way. Block programming seems like a good match for this: by sliding boxes and combining them, the end user can solve their problem without writing code or understanding robots. 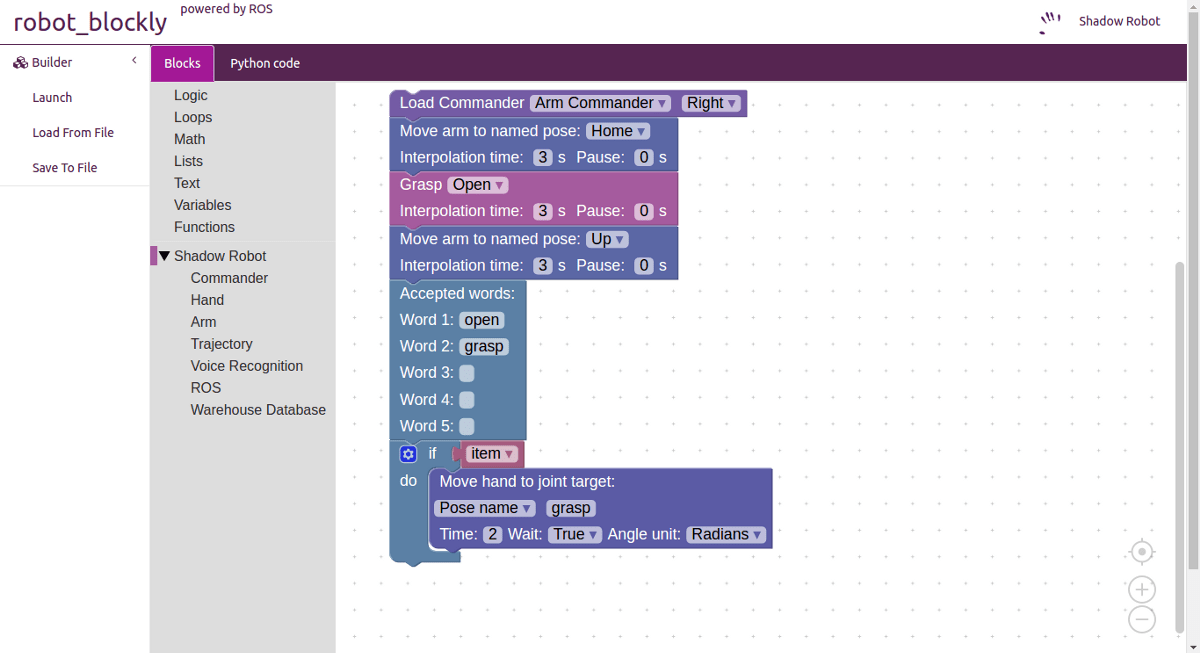 Robot Blockly — an interface based on Blockly to program robots

The crucial part of this process is to identify the best box set. The keyword here is balance:

This simple GUI is just the tip of the iceberg. To keep the boxes simple, generic, and useful, we’ll need some robust algorithm in the background. Let’s focus on the two main challenges that we’re facing:

A self improving robot

Hard coding the different library behind the boxes is not feasible. Recognising any object, and being able to grasp them perfectly every time, in any situation is just a dream. We need to help the robot learn from its experience. This is a perfect opportunity to use the cloud to share knowledge between the deployed robots. 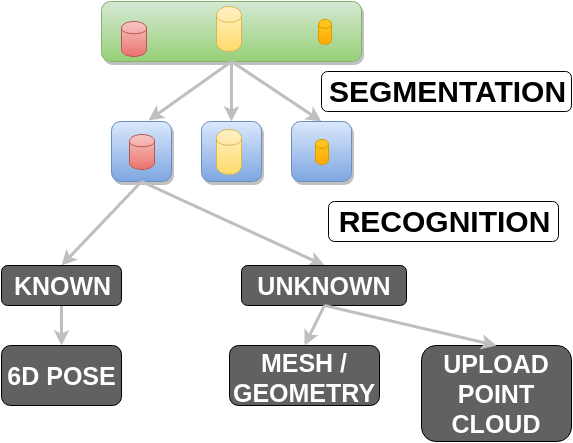 When faced with an unknown object, the robot can learn the object and add it to a common knowledge base for the other robots connected to the same cloud to be able to recognise it as well. 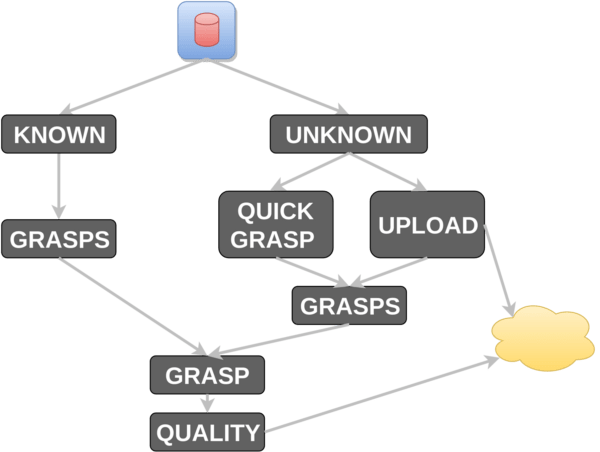 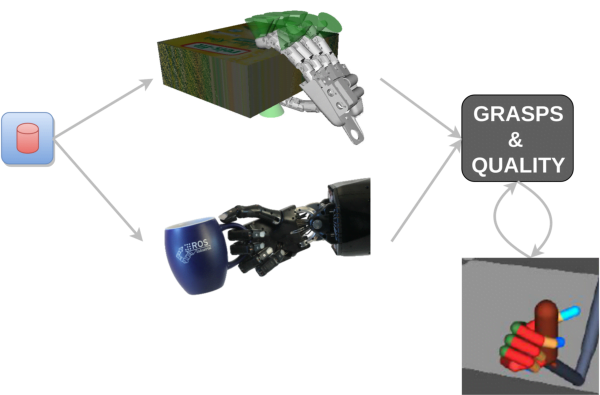 When a new object is seen, a variety of grasp planners can be run on it to generate potentially possible grasps. This can be computationally expensive. To improve this: 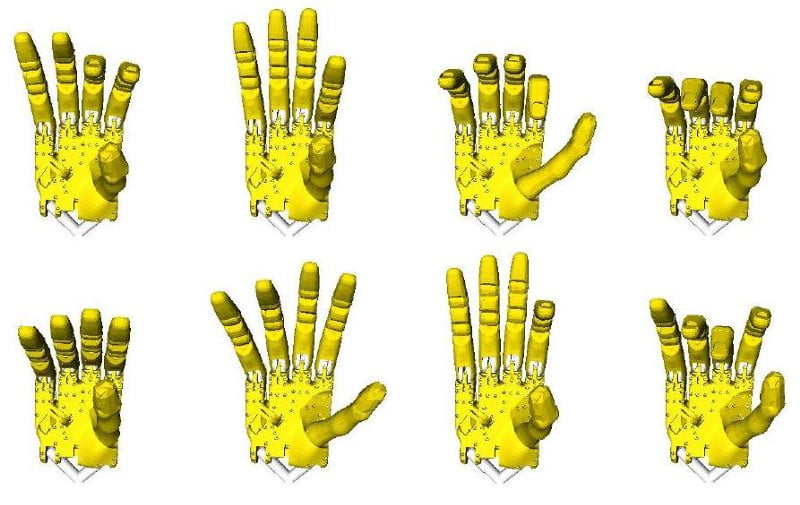 This idea is being researched by different labs throughout the world. Recently, the university of Washington did some exciting work on it. 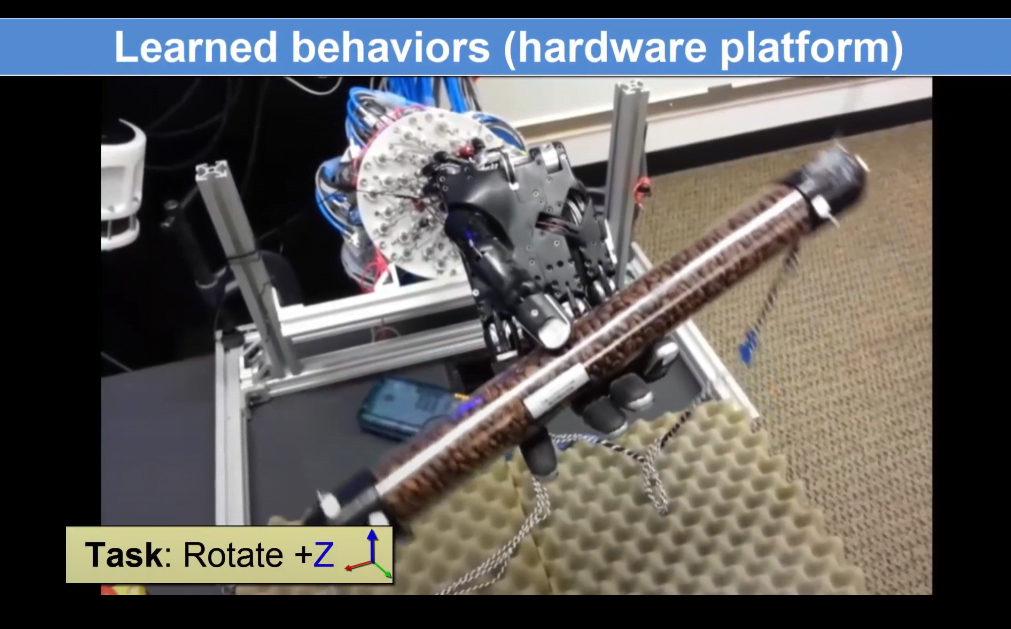 There is obviously a lot of work to be done — and a lot of research to convert into product ready algorithms. But our aim is to make it possible to create new robot abilities as easily as decomposing them into logical steps, and therefore make robotics ‘useful’.