For those who haven’t perfected Scottish Gaelic, we had a great time at the European Robotics Forum! ERF2017 was a three day conference that took place in the heart of Edinburgh, in which we showed a new demo of our Smart Grasping System in the exhibition, which constantly had a crowd of people gathered around! Our Head of Dexterous Manipulation, Armando de la Rosa, was on the stand and said “It’s a such great turnout, there’s a real buzz in the room – everyone I’ve spoken to really likes the demo; and from what I’ve heard there’s over 800 people here!”. It was a privilege for us to exhibit alongside the biggest and best innovators in European robotics, as well as getting more acquainted with new startups. There was a real spirit of information sharing and collaborative thinking. 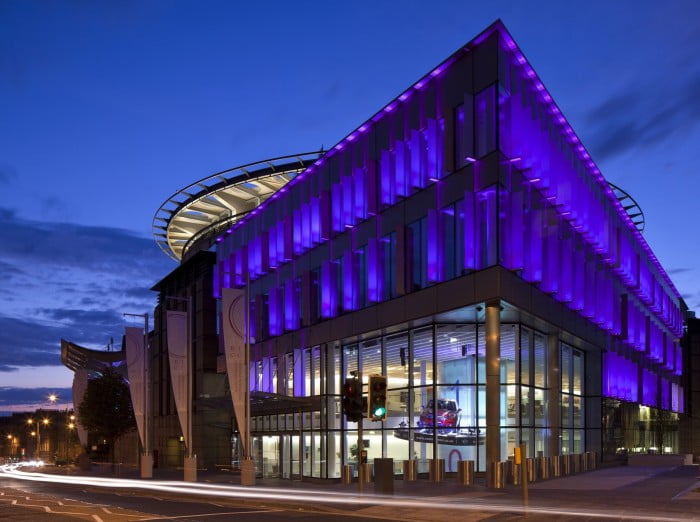 The theme of the conference was ‘Living and Working With Robots‘, and was thoroughly explored through the topics of AICoR, health, standardisation, ELS (ethical, legal, societal), industrial, neurorobotics, construction, engineering, space, underwater, agritech and innovation.

The launch of the event saw some brilliant keynote speeches, the first of which was byTharsus, who spoke about their work in logistics, and made a very valid point about how ‘we need to consider how we can make robots simpler, to get them to market sooner and have mass adoption of robotics’. He was followed by Bernd Liepert, president of euRobotics who touched on future regulation of robots.

Keith Brown MSP did a good job of promoting Scotland, and we were impressed about how passionately and genuinely he was interested in developing innovation and technology in there, as it ‘will lead to a higher standard of living for our people’. Something that resonated with us was his concern about continuing research in assistive care (which we have a vested interest in, considering our work with RAMCIP and CHIRON).


Raia Hadsell of Google DeepMind was a brilliant keynote, delivering a great speech about deep learning, which was a huge theme of the conference. Our Chief Technical Architect, Ugo Cupcic, also attended the event, said “Every presentation had the word ‘deep learning’ – or ‘big data’ / ‘machine learning’. It was kind of a contest between those who advocated those methods and the ones that were against it.” You can find out more about Raia’s speech, and learning to navigate in complex environments, by following this link. 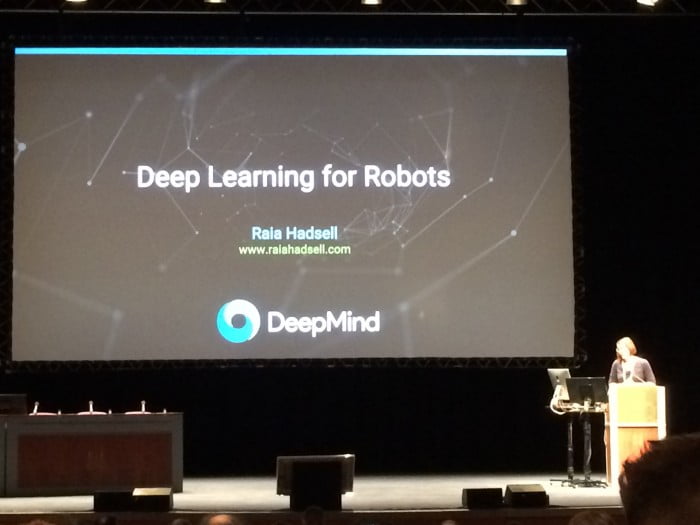 Ethics, legal and societal issues were widely discussed at ERF2017, with a particular favourite workshop of ours being led by Vincent C. Müller, entitled “Are robots a risk to our economy, especially our jobs?”. You don’t have any troubles convincing roboticists that robots are a good thing, but robotics can be concerning to the wider public, with many fears about the potential for robots to ‘take over the world’ and push people out of their jobs. The general feeling from the speakers was that despite huge advancements in technology over the past fifty years, labour rates have stayed fairly stable. The main concern was for companies to ‘bake ethics in’ to the creation of robots, which is something that IEEE Standards Association are really keen on. We also heard from the REELER team who are developing  a roadmap for ethical robotic design.

Also, the research suggests that our MD, Rich Walker, is right – he’s always said that robots (actually, AI, not robots) will take the jobs of the middle managers. Economist Emilie Rademakers from KU Leuven explained the theory behind her opinion that  “this isn’t musical chairs where robots get all the chairs and we don’t – because we’re making new chairs all the time.”

The above slide from Christophe Leroux shows more fully his conclusion that negative effects on employment are unlikely. In fact, some experts even say that “65% of the jobs that Gen Z will perform do not exist yet” as Thilo Zimmermann pointed out in his excellent presentation.

It was great to see some of our project partners at ERF2017, with leads from CHIRON and RAMCIP both conducting workshops.

Praminda Caleb-Solly lead the workshop on “Strategies for Deploying and Delivering Ethical, Sustainable and Acceptable Assistive Robotic Solutions” which featured a wealth of brilliant speakers including Nigel Harris (of Designability, a project partner in CHIRON), Madeleine Starr (Carers UK), and Kerstin Dautenhahn of the University of Hertfordshire. Kerstin’s research was about how to get older people to engage with robotics, and her team came up with the idea of theatre (cue jazz hands). It’s a marvellous idea as live theatre allows you to passively ingest information whilst at the same time feel involved with the content.

Jobeda Ali, who runs Three Sisters Care (a project partner in CHIRON) also spoke in the workshop, and mentioned that even though a lot of carers are amazing, sometimes “’humanity can be cruel. We hope that assistive tech isn’t cruel, and will ultimately lead to better care!”

She continues “the term ‘assistive tech’ is fine, but people get scared of the word robot, even though it’s the same thing. We need a rebrand” which is something that Jackie Marshall-Cyrusagreed with. Jackie suggested that we need to consider the lexicon we use, and that language is not just semantics. Aaaand, as all good mannered robotics conversations tend to do – the topic got around to sex. Jackie’s research has been into sexual activity of the over 50’s, and she’s found that STI’s are decreasing among younger people, and rising in older people (as well as the numbers of older people getting botox rising…). Jobeda added, from a business point of view, if you add a sex function to a robot it will sell huge amounts (“and even if you don’t add that function, there will be those who acquire a robot and try to figure out a way to have sex with it”).

“The past, present and future of European service robotics for eldercare and assisted living” was a workshop delivered by Dimitrios Tzovaras who is a lead in the RAMCIP project. This workshop was particularly exciting for us as it gave the first glimpse of the RAMCIP robot!

Carla Abdelnour Ruiz from Fundacio ACE explained that at the beginning of the RAMCIP project they conducted a survey to find what people wanted in an assistive care robot, and the results were that people wanted it to be anthropomorphic, female or gender neutral, and shorter than the user.

Carla told us to not judge the aesthetics of the V1 RAMCIP robot too harshly, as she explains “I showed people an old mobile phone and compared it to a modern one – everyone could see how the design had evolved. That’s how we see it with this robot too”. To carry on the phone theme, Rich Walker piped up to say “when the iPhone first came out, it was incredibly expensive, but it led to an explosion of cheap apps being created and sold; there could be a potential for a similar model for assistive robotics”.

Our MD, Rich Walker was the programme chair for this year’s ERF, and he spent many hours discussing with his colleagues about what would and wouldn’t work. “It was a great honour to be asked to chair the programme as a Director of EuRobotics, and everyone else made my job fantastically easy by doing an excellent job! It takes a lot of work to organise a conference of this size and community importance, and I’d like to thank the local team and the EuRobotics membership for their input and ideas.”

“ERF is different from the more academic conferences in that it’s about the community coming together to develop the future of European robotics. I was incredibly keen for the workshops to be interactive and for delegates to leave with a real sense of being included and having their contributions appreciated. The exhibition that ran alongside the workshops was brilliant too, there were a lot of cool demos to see. The high point for me was to meet so many people – I love talking about Shadow’s work and how it can benefit businesses as well as solving real world problems. My time in Edinburgh has been hugely enjoyable, but now starts the real work – getting in touch with all of the new contacts I’ve made!”

And the cherry on the cake? The top tweet at the conference was about our Smart Grasping System!

The European Robotics Forum in Edinburgh was excellent in bringing together a programme of events that explored the current trends and topics, whilst giving delegates the space to connect and share ideas. We’ll be back next year for the 2018 event in Finland!