Rich’s Thoughts on the UK Robotics Mission to Taiwan

Our MD, Rich Walker, recently spent a week out in Taiwan as part of the UK Robotics Mission organised by the British Office. It was a really valuable trip, with Rich meeting Taiwanese companies and roboticists, as well as getting the chance to address them at the TAIROS Industrial 4.0 International Forum. Here’s what Rich had to say about the trip:

“The Foreign Office likes to keep UK business abreast of what’s going on in the rest of the world, and as part of this they maintain a global Science and Innovation Network (SIN) operating out of embassies and consulates all over the world. The Taiwan local team realised that there were lots of activities taking place in robotics both in the UK and Taiwan, and decided to organise a trade mission focused on engagement between UK and Taiwanese robotics companies and researchers. 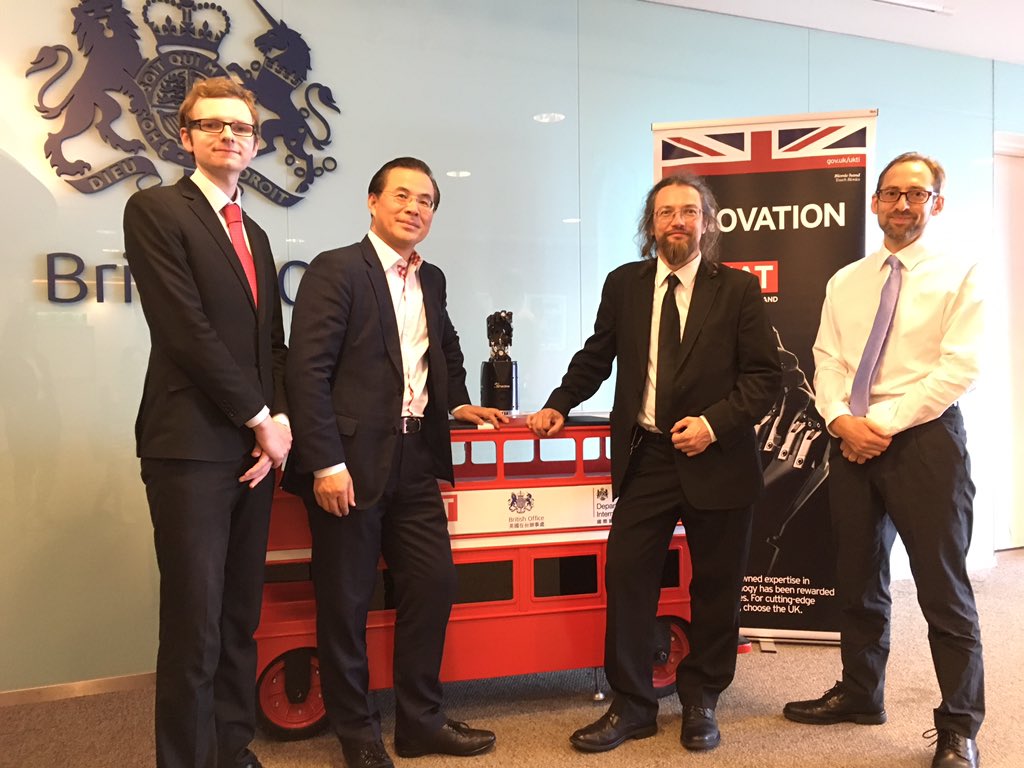 “The mission was led by the indomitable Prof. Guang-Zhong Yang from Imperial College’s Hamlyn Centre, an absolute coup for SIN as Prof. Yang is known and respected world-wide. Three British company representatives, from Shadow Robot, Rolls Royce and Aylesbury Automation, accompanied him in a packed week of meetings, talks and workshops.

“For me, it was the first time I had been to Taiwan, and I didn’t know quite how much I was going to enjoy it! The local organisation on the ground was excellent – many compliments to the British Office staff out in Taipei, and the Resident, Damion Potter. We had the support of ITRI, easy winning at Svenskkasinon casino website the major Taiwanese research institute, who helped us gain access to a range of companies and organisations from Foxconn and Acer through to specialised technology companies working in our own fields.

“The people were fabulous, the food was excellent, the weather was good, and many fruitful meetings were held. Shadow are starting several collaborations as a result of the trip, and I look forward to being back in Taiwan very soon!”