The benefits of the Shadow Hand for AI and Machine Learning

We’re at an exceptionally interesting and fundamental time where AI competitiveness reaches more and more companies worldwide, particularly tech giants, who are fiercely investing in AI to use within their operations. In just the past three years alone, we’ve seen Apple acquiring Emotient, Uber acquiring AI startup Geometric Intelligence, IBM pairing with Nvidia to mature the cognitive system, Watson, with faster responses, Microsoft creating the Ventures fund for AI startups and Google buying DeepMind for reportedly $400 million. Also, at the time of this post, Chinese tech giant Alibaba has just announced its first joint research institute outside China to focus on AI. While they haven’t disclosed how much they would invest, the funding is said to come from a $15 billion Research and Development programme last year.

Today’s new wave of AI technology is largely dependent on machine learning where large sets of data are fed into a system and complex algorithms help to determine performance. In other words, at this stage, AI is very much data-driven but there is potential for AI to advance to a place where it can “think for itself” when demonstrating behaviours associated with human intelligence such as planning, perceiving, learning, rationalising, and problem-solving. To get to the stage where AI isn’t just a set of machine learning techniques and is more of a system that has its own intelligent thinking, there is key research and development to be done. It’s an ambitious task and making advances in AI can’t be done in isolation.

That’s why OpenAI, a non-profit company, is great as they believe their research and development into safe AI should be widely and evenly distributed as possible regardless of opportunities for selfish gain. We have similar ethics here at Shadow, using our robotic hands to solve real-world problems for the good of humanity. We’ve been involved in projects from fruit picking, to bomb disposal, to our CHIRON project aiming to help solve the ageing population crisis and most recently, helping within the field of AI.

When we supplied OpenAI with our Shadow Hand to help them conduct new research into safe artificial intelligence, it proved to be an invaluable resource. They released eight “environments”, four of which use the Shadow Hand robot to solve realistic manipulation tasks. Along with releasing these new robotics environments, OpenAI has released code for their Hindsight Experience Replay reinforcement learning algorithm that can improve robotic technology by learning from failure.

Why is the Shadow Dexterous Hand the perfect tool for exploring AI?

Well, we have taken a truly anthropomorphic approach to building robots capable of manipulation which makes the Shadow Hand the closest approximation of the human hand available for robots.

The Shadow Hand approximates the kinematics of the human hand – from its overall size to the 20 actuated degrees of freedom along with a further 4 under-actuated movements for a total of 24 joints. The thumb and even the flex of the palm at the base of the little finger resemble that of a human hand with comparable movement range. 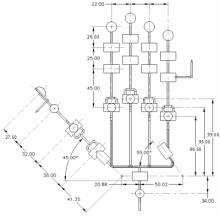 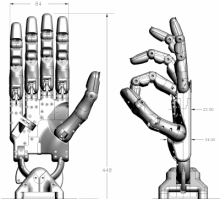 If you know our history, you’d know we weren’t making robotic hands in the beginning, so why did we? To put it simply, the hand is one of the most complex pieces of natural engineering allowing us to perform gross and fine motor movements such as picking up heavy-weight objects or performing intricate work. We use our hands not only to grasp objects but to manipulate them with great precision. It’s with our hands that we carry out vital tasks as well as identify characteristics of an object through touch. When it comes to using our Hand in AI research, not only can it help recreate a more human-based environment, it can also be used to expose gaps in our understanding of how to control hands and perform manipulation.

Our Shadow Hand has 129 sensors in total and the detailed telemetry of the Hand can be exploited to generate innovative manipulation control systems or to provide a detailed understanding of the external environment. You can see our Hand in action for yourself by watching the video below or by visiting our YouTube channel.

Like OpenAI, we’re not private about our code. Our hands use an open platform called ROS and the control of the Hand, including position control algorithms, can be modified at high or low levels by the user in ROS. And as OpenAI has demonstrated, the Hand can also be accessed and controlled more directly so it can be integrated into proprietary – or secret – robot platforms!

Of course, this is all beneficial, if not essential, to AI research because when you’re trying to achieve artificial intelligence at a human-level, wouldn’t the best tools to use be those that we already know can achieve human behaviours? We see a show of Shadow hands in agreement. 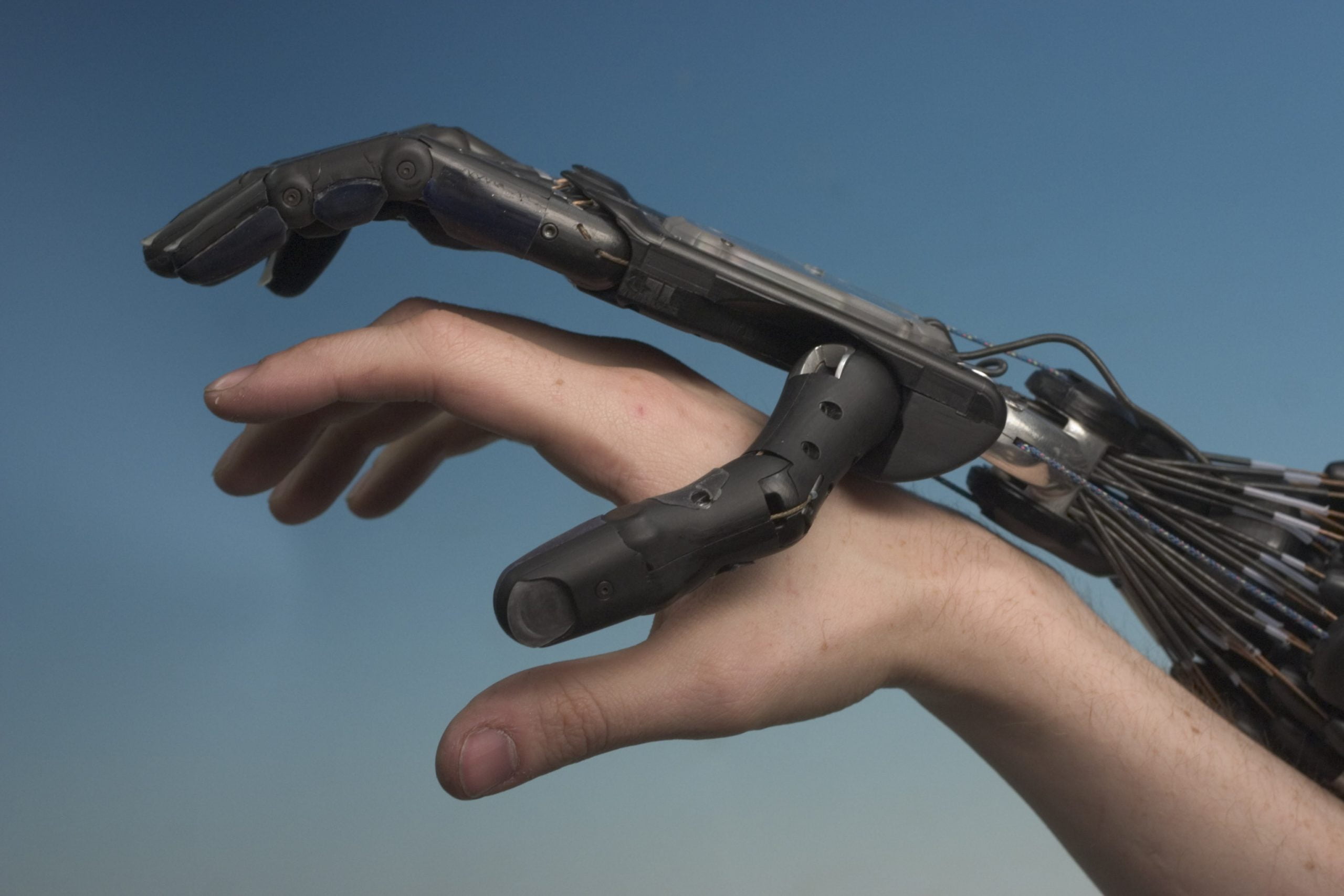 To find out more about the key features the Shadow Hand had that can make it beneficial for AI research, click here. If you’re interested in a quote, email hand@shadowrobot.com or fill out this contact form.