We signed the Open Letter to the UN about autonomous weapons

Today saw the launch of an open letter to the United Nations, asking for a ban on autonomous weapons. Launched at the opening of the International Joint Conference on Artificial Intelligence (IJCAI) in Melbourne today, the letter has caused quite a buzz in the press – and rightly so. 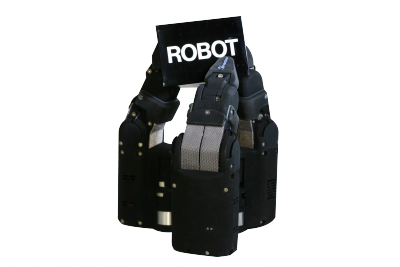 We publicised the fact that we signed the letter a few months back, and our name sits neatly alongside others such as Elon Musk, Mustafa Suleyman and Stephen Hawking.

I proudly added my name to the open letter as I think there should be a a ban on offensive autonomous weapons operating beyond meaningful human control. I strongly believe that robots should help humans, not destroy them. This open letter is simply common sense.

Deploying autonomous robots that can maim and kill humans should be seen as it is – a crime against humanity – and as responsible engineers we should stand up and say No. Like my fellow signatories – and what great company to be in – I urge the UN to act wisely.

Let’s hope the correct decision is made in regards to autonomous weapons. Join the conversation over on twitter and follow us at @ShadowRobot.